It was brought to my attention by my Montreal-based colleague and social art practitioner, Vincent Brière, that it’s incredibly difficult to share the experience of social engaged art through 2D images or write-ups when socially engaged art relies heavily on the experience the participants had with one another and the event. So, I will inevitably fail at defining fully each of the following pieces I experienced. But, let’s try!

I had just arrived in Portland and my first destination was to North Williams Avenue and Project Grow. Emma Collburn, the lead artist, had produced a series of community mapping exercise over the year in the area associated with North Williams Avenue. What I came to find out was that North Williams Avenue, since the 1980s had seen significant development that caused the demographic of the area to change. Emma Collburn engaged the community in mapping out where there had been significant economic investment put into the area, and where it hadn’t. For her presentation at Assembly, she had the public and artists at Project Grow, whose mission is to provide space for artists with mental and physical disabilities, collectively create a map of North Williams Avenue by attaching fabric to represent different city blocks. The project engaged me on several levels. On one level I was just getting to know Portland and learning about the issues of community development, gentrification and the displacement that I see far too often in the city I live in. It allowed me to learn a specific history of place. On another level it was great to see Emma engaging the artists at Project Grow in the creation of this piece. I got to tour around the facility and was blown away by how much the organization serves it’s community of mental and physically disabled artists, it’s inclusive policies, the urban garden business cycle they also teach their clients and the goat that hangs out by the window.

It’s not often that I connect recreational sport and contemporary art. Like stereotypical high school characters the Jock and the Art-Geek aren’t suppose to get along. One is always in the gym flexing their muscles and being driven by the ever increasing sexy body they are manifesting. While the other, the Art-Geek, stereotypicly the introvert, hides away in the art room attempting to make just one more beautiful painting.

The Portland Museum of Art & Sport was conceived by German artist Anke Schüttler, and American, Lauren Moran. The idea was to have the two realms of sport and art inspire each other. The venue — Portland State Universities Rec Centre. Amongst people swimming laps and packs of men ripping shredding their muscles with dumb-bells lay an array of artistic expression. On one wall hung a vertical rectangular paper which was torn on one end and was covered in markings made by individuals in wheelchairs from Project Grow Portland. There were pictures and description cards around the gym featuring moments in history when humans had lifted heavy objects a project conceived by Adam Carlin. And, in front of the treadmill were mathematical charts that described what was happening to the body of an individual who chose to run on that treadmill which was a collaboration between the curators and a mathematician grad at Portland State University. These plus many other pieces were placed amongst the sweaty recreationalists and gym equipment. In someways it made it feel safer for me to be in the gym — a place that much like high school, made me feel alienated and not athletic enough. The Portland Museum of Art & Sport was founded in 2015 and will continue to explore the subject and relationship between contemporary art and recreational sports in the future.

I couldn’t help but discuss mental health with the people around me as we designed our tattoos and sipped our Portland craft beer. This idea that mental health is invisible is indicative of the world’s reluctance to openly talk about mental health. Anxiety, depression, ADHD are all common mental health issues that many people feel ashamed telling someone about. This event allowed peoples stories to be told in a safe space and an equal exchange between everyone as we all attempted to define what disability we hold inside of us that we don’t often express to others.

To learn more about this project visit the project website : http://www.inkvisible.org

For more information on ASSEMBLY 2016 please visit this website:

The Tyranny of Planning A Live Performance

Empathy for Nature: Socially Engaged Art for our Future

Joseph Beuys : "Everyone is an Artist"

Awakening the City Through Urban Interventions

Rebel Architects: Guerrilla Architecture To Meet The Needs of The Community 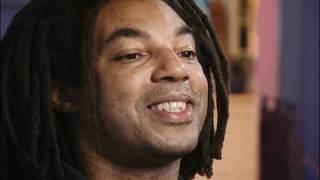 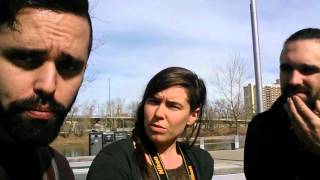 Scavanger Hunt: Engaging the public with the Bow River